The station square is one of the main places to go to the city center, next to the south area of Arras and not far from the industrial zone.

It was rebuilt after the 1st World War. Then, during the 20th century the square has grown thanks to the end of the fortification .

The architecture Art déco, from 20's, has developed with some buildings with original facades. Moreover they are some buildings more classic since the 18th century. This mixture made an unique identity  from the city of Arras.

The Hôtel Moderne : it was built during the 30's. It replaces a classic building destroyed during the first world war. It keeps some characteristics (for example : the roof) and adopted some modern elements of that period. The Hotel Moderne is a mixed between the classic and the art deco style.

Historic capital of Artois ,  Arras has architectural importance, and a dynamic local economy.
Arras is at heart of a agribusiness zone (Häagen-Dazs, DessaintTraiteur, Soup’Ideal, Ingredia ), with many research centers, and logistics platform. There is an electrical and chemical industry of importance (hawker , Alcan ... ). The city is a local administrative and financial hub .

There is a university in this city, with the Confucius Institute which also participates in the diffusion of Chinese culture in the region.

With its belfry and Vauban Citadel classified by World Heritage of UNESCO, Arras has many places to explore : two beautiful squares with Flemish barpque facades; a monumental Abbey (The Palace St Vaast ); a Museum of Fine Art (Musée des Beaux Arts), behind the “Notre Dame et St Vaast" Cathedral...
Thanks to the new“Louvre–Lens” Museum, which located nearby, Arras is an ideal base for exploring the region.

For about 10 mns by car, you can find a beautiful golf resort in the countryside.

Under the front of the First World War, Arras was affected by many battles in Artois. 24000 British soldiers who prepared the great offensive of the " Battle of Arras " stayed in chalk quarries ( Museum " Wellington Careers ") under the town.
Near the Battlefields of the WWI, Arras is a place of passage through the "Paths of Memories" for each person from the Commonwealth ( British, Canadians, New Zealanders, Australians ) come to pay homage to his parents passed away on our soil during WWI (Canadian Vimy Memorial , Letaille Museum at Bullecourt, necropolis of Notre Dame de Lorette... ).

Besides, there are many local shops, in the city center or on the outskirts. Arras is a bustling modern city. Its local markets color different neighborhoods from Wednesday to Sunday .
The city has many restaurants and brasseries, and offer the opportunity to enjoy  local specialties and regional products, with moderation : l'andouillette d’Arras (sausage), le coquelet à la bière (chicken with beer), la flamiche aux poireaux (leak tart), la truite au Maroiles (trout with cheese sauce), le Potjevleesch, le Waterzooï; regional cheeses (cœur de Lille, Maroilles, Boulette d'Avesnes …)...
The north is a former countries of brewer. Beer is always on the table, before the tasting of other typical drinks like “le genièvre de Houle” ou “la fleur de bière”

Walking along the steps of Robespierre

Do a fascinating walk through the streets of Arras to discover the life of Robespierre, the French Revolution, and discover histories and heritages of this city.

The House where Robespierre lived when he was a lawyer, now becomes a museum which located nearby the Arras Theater.

Robespierre was born in Arras on may 16th 1758 and he became popular during the French Revolution fighting against injustice.  Then he made Arras the Capital of the department Pas-de-Calais.  After the victory of the revolutionary armies over the British-Dutch troops, he’s guillotined in 1794 and thrown into a common grave.  It closes a period of political repression knew as “The Terror”.... From : http://amis-robespierre.org

Market that stand there from the eleventh century on the Grand d'Arras contributed to the prosperity of the city. Square size is about 2 has. It displays a grandiose architectural unit with Flemish Baroque style houses built in the seventeenth century stone.

Bombed during the First World War, like the rest of the city, places of Arras underwent a restoration that restored them their pre-war appearance. The oldest house, No. 49 North of the square dates from the fifteenth century.

Its construction flamboyant Gothic styles began in the 15th century and ended in the 16th century. The Belfry watches over the city: its bells punctuated the communal life, and warned the population in case of danger. The belfry housed the Charters of the city and its treasure.
Symbol of communal liberties, the Belfry shows the power and wealth of a city at the time when new merchants and artisans grow with  the woolen cloth trade.

Arras Belfry is on the list of Fifty-six belfries of Belgium and France classified world heritage of humanity.

In 2015, the Arras Belfry is part of the different works selected for "French Monument Prefered" television show on the heritage of our regions. (France 2 - "Le Monument Préféré des français 2015").

The Abbey of St. Vaast was a Benedictine monastery found in 667 on the hill of La Madeleine near Arras. The abbey of St. Vaast groups together the Cathedral, the Museum of Fine Arts, and the Arras library.
The Museum of Fine Arts houses various collections : Medieval Sculptures, paintings Dutch and French paintings from the seventeenth century (the "room Mays"), eighteenth-century ceramics (porcelain of Arras and Tournai), painting nineteenth century (including the School of Arras), scale model of the city dated from 1716. You enter in the museum through a large courtyard.
Notre-Dame-et-Saint-Vaast Cathedral is a Roman Catholic cathedral built in classical style from 1778. It has a plan in the form of a Latin cross, with a wide nave (26 meters wide) consisting of six bays, flanked by Corinthian columns . The choir consists of four bays with stained glass.
The 1914-1918 war caused enormous damage to the shrine, partly destroyed in 1915. Restoration work undertaken in 1920 by the chief architect of historical monuments Pierre Paquet, lasted 14 years.
The cathedral has a great organ, with 76 games on 4 keyboards, from the workshops of the house Roethinger Strasbourg. Its construction started in 1938, resumed in 1960 and ended in 1962. 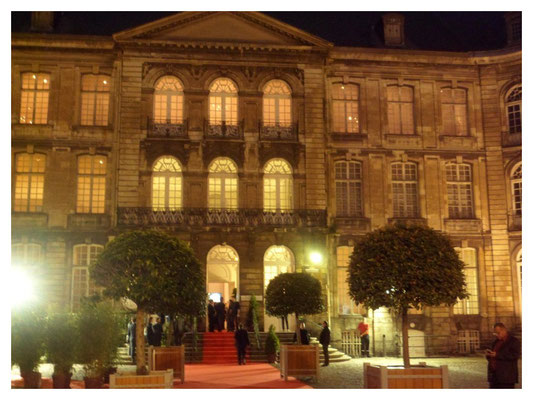 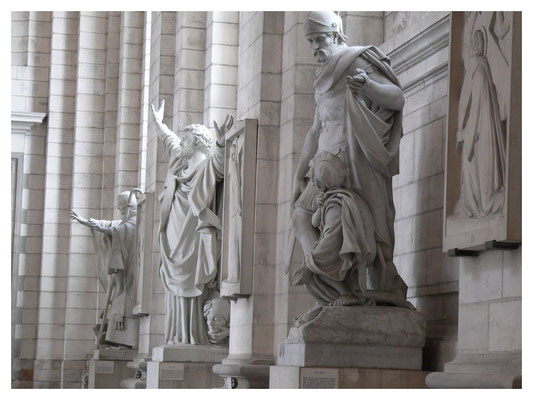 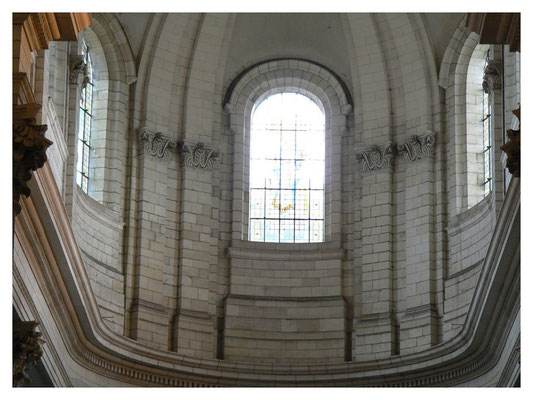 Built by Vauban in the 17th century, it is an element of defense of the city that will never have served.

A masterpiece of military architecture, the citadel of Arras is a UNESCO World Heritage site and belongs to the network of major Vauban sites with twelve representative sites located in the four corners of France, erected by the architect of King Louis XIV.

Demilitarized in 1993, it is also a place of remembrance of the Second World War (Murs des Fusillés). Today it hosts accommodation, businesses and an "Accrobranche", "Cit loisirs", open in spring and summer. It is managed by the urban community of Arras. It is a historic place, a place for walks and leisure activities.

To see: Chapel, Place d'Armes, Royal Gate, Wood and Wall of the Shooted

Location: 10 minutes by car or 25 minutes on foot from the Modern hotel 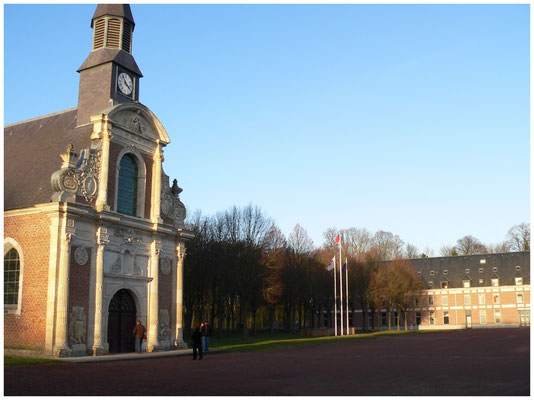 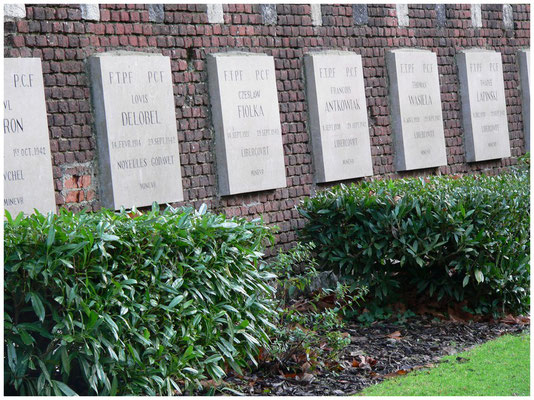 Located 30 minutes from Arras center by car, the Louvre Museum in Lens, realized by Japanese architects (agency Sanaa), Kazuyo Sejima and Ryue Nishizawa, opened in late 2012. Five buildings of glass and aluminum, with angles, extended, pale and uncluttered are built on a former pithead, partly recolonized by nature.
The "Gallerie du Temps" mix in one place, about 250 masterpieces of art history, sarcophagi, mosaics, reliefs, paintings, from Mesopotamia to the Modern era.
At the other end is a gallery with great temporary exhibitions renewed every 6 month (Renaissance, Rubens painting, Carthage culture, ... ).
Part of the reserves of the Louvre Paris was transported in the storehouse and are partially opened to visitors.
La Scène: The Louvre Lens proposes a program mixing dance, theater, cinema, opera, or puppets.  It is a rich and diverse cultural center.
The Resource Center : The free-of-charge multimedia library offers a variety of resources to learn about art history, or to extend your visit.
Catering: the on-site cafeteria for fast food, picnic area. The restaurant "L'atelier de Marc Meurin" for the gourmets.

The Louvre Lens Museum is a place of pleasure and discovery. 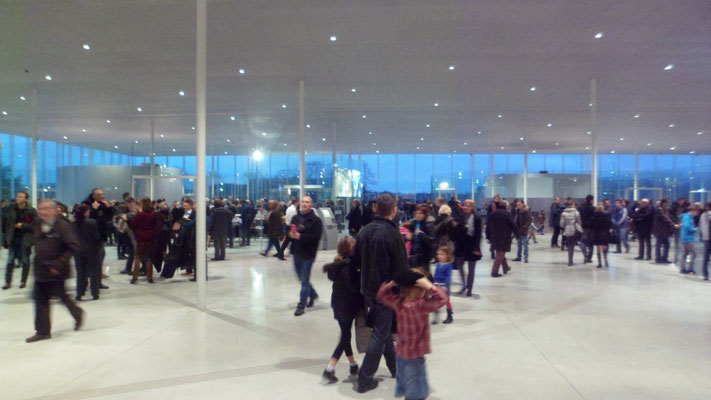 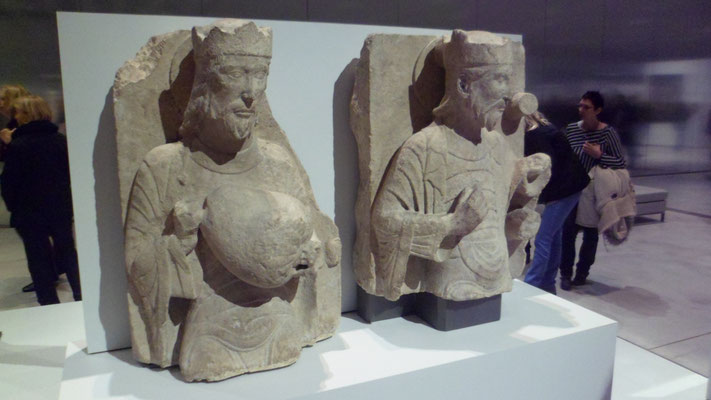 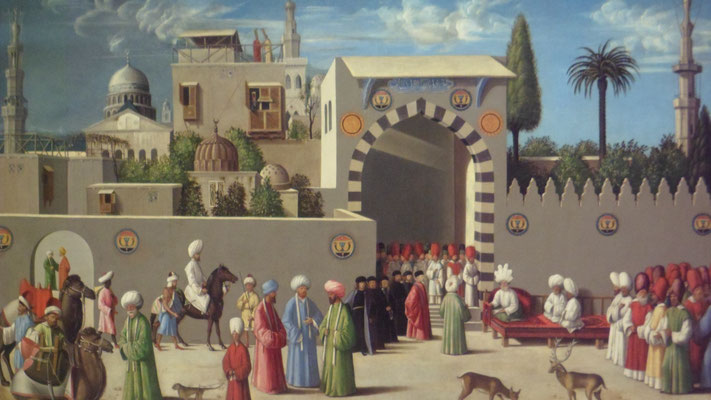 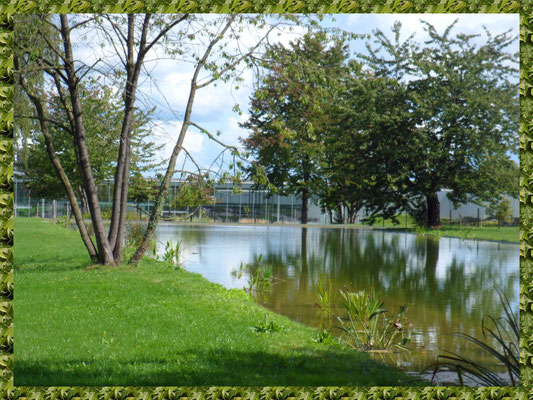 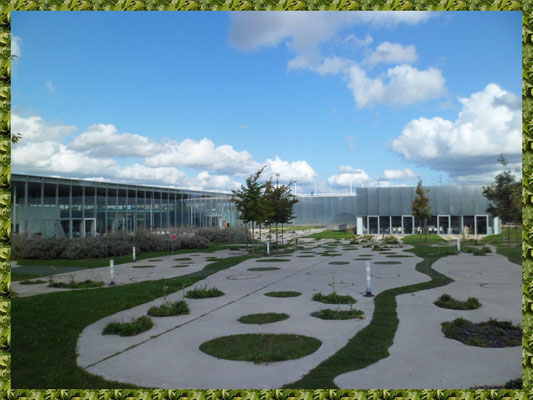 988 kilometers of hiking trails (GR145) in France which leave from Calais to the Swiss border (Les Fourg), and pass through 8 departments, on the old route of the monks of the middle ages leaving on pilgrimage from Canterbury to Rome.

This "Cultural Route" classified by the Council of Europe, is a route rich in discoveries: stage towns, buildings, archaeological sites and religious buildings, masterpieces of Romanesque architecture and witnesses of the religious and artistic development of medieval times. Discover these riches on foot or by bike, in all seasons, and at your own pace.

"La Via Francigena" passes Place Foch, a stone's throw from our hotel. Take advantage of a relaxing stopover!

Eight kilometers of galleries fitted out by New Zealand tunnel boring machines in camps for the British army and 24,000 soldiers ready for "The Battle of Arras" in 1917.

This memorial immerses us in the atmosphere of an underground city, while the bombings ravage the city of Arras. The museum invites us to discover these events through a marked route 20 meters underground.

Peter Jackson, director of "Lord of the Rings" was able to explore at length the corners of these quarries in search of the traces of his ancestors, for an exhibition subject in Wellington in New Zealand, and participated in the production of a film. documentary for the centenary of the great war: "For the fallen soldiers" (They Shall Not Grow Old) released in 2018.

Jean and Denise Letaille, farmers who are now missing, have gathered a large collection of objects found in their fields and in the surrounding countryside : shells, tank turrets, weapons, razors, combs, cigarette cases and other personal effects .

Authentic Great War military objects lost by these men from Australia, Germany and the United Kingdom. Gathered in the Letaille museum, installed in an old shed, these astonishing vestiges of trenches tell the story of the valiant soldiers who came to fight at Bullecourt in 14/18.

Installed in the old Palace of the archbishops of Cambrai built in the 18th century, which became barracks, spinning mill, then school, and finally bought by the town, renovated and enlarged, the museum is surrounded by a one hectare park, with hundred-year-old trees , various essences, where we discover two sculptures by Marius Cladel and Louis Dejean.

Matisse offered the town where he was born a fine collection of paintings, sculptures, engravings and drawings.

The museum now offers around 170 works enriched by the works of the abstract artist, Auguste Herbin, and a donation of artist books and personal works of the greatest artists of the 20th century who belonged to the publisher of Teriade art. The Matsisse museum is one of the most important Matisse collections in the World.

8km from Douai, in the heart of the mining basin, on the former square of the Delloye pit, an 8ha site with its mine museum, a documentary center and a center for scientific culture of energy. It is one of the remarkable sites of the Unesco World Heritage mining area.

With the museum, immerse yourself in the bowels of the mine and explore its galleries from the 18th to the 20th century. Throughout the visit, accessories, tools and archive images immerse us in this universe of "black faces" in a fun and enriching way. Educational displays teach us about life in the city, the origin of coal and the time of revolts.

Just 15 minutes by car from the center of Arras,  you find a beautiful Golf located at Anzin St Aubin.

Its two 18-hole and 9 -hole course is punctuated by river and fishponds.