Millions of people from different corners of the world have come during the war on our territory.
The region is home to soldiers came around the world. By 1916, Arras is administered by Commonwealth forces, and then Montreuil-sur-mer becomes the Columbia military capital.
Arras and Vimy are at the heart of the fighting. But other places are marked by war. Thus Gommecourt saw disappear on 1 July 1916, 21,000 British soldiers. On July 19th, 1916, 5,533 Australians and 1,400 British have been killed during 24hrs when they seek to take the Crest of Aubers (Battle of Fromelles).
Crossing from north to south through the front line, which extends 700km west, from Belgium to Switzerland, the North Pas de Calais and the Somme region, have suffered the ravages of war 14-18.
At the armistice, the Artois is a field of ruins, deserted by civilians. The regional economy (steel and textiles), flourishing pre-war is destroyed.
Arras is a central location for exploring our history. 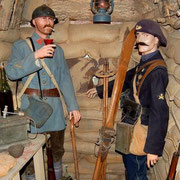 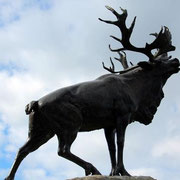 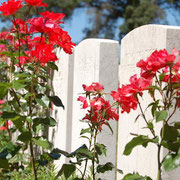 The film "1917" by Sam Mendes released at the beginning of 2020 is enjoying growing success in cinema. The action takes place near Arras, at Croisilles and Ecoust-St-Mein, during the Battle of Bullecourt in April 1917.

The story through fictional characters is inspired by real facts.
The film could not be shot in France on the old battlefields. But the decorations have been reconstructed in England with great realism.

The film crews visited different sites in the region to edit the film: Écoust, the Thiepval Memorial, in Beaumont Hamel, where a Memorial pays tribute to the sacrifices of soldiers from Newfoundland, the La Boisselle Mine Hole, the Vimy memorial with its reconstructed trenches.

It is a whole history of the 1st world war in our region which challenges us with brilliance..

Remembrance Trails of the Great War in Northern France allowed to discover and understood through four thematic routes, 36 major sites, a page on our international history.

"The Circuit of Remembrance" tribute to twenty sites to three million soldiers (twenty nationalities) came to compete for a front of 45km.
You can visit on foot, bike, alone or with a guide, taxi or board the "P'tit train de la Haute Somme".

-The Museum of the Great War in Péronne : www.historial.org/

The Majors allied states are preparing a major attack and want to concentrate troops in large numbers without attracting the attention on the Germans. A vast underground network is built in existing chalk quarries to house up to 24,000 men.
At 20 meters deep,  with a guide and  an audio guide, you are immersed in the intimacy of the place and the memory of the thousands of soldiers who lived there.

It is built from March 1916 and used until the end of the Great War by Commonwealth forces who administer Arras. The French graves were grouped in another cemetery, and the location was used to build a memorial.

"The Arras Flying Services Memorial" commemorates more than 1,000 airmen of the Royal Naval Air Service, the Royal Flying Corps and the Royal Air Forces killed on the Western Front.

The interpretation center of Souchez

Built by the architect P-L Faloci, on September 1915 Front Line, this anthracite blocked to immerses visitors to the world of the trenches of the Great War, and aims to raise awareness and inform on the sequence of events of the First World War in the region.

Each space has a theme and is classified in chronological order: trench warfare, everyday life, occupation, offensives of 1918, killed at the front…

Slideshow, multimedia contents, and objects to collection illustrates the visit. The reading of the records of the 580,000 soldiers inscribed on the Memory Ring nearby is an important complement of the visit.

Useful information: opened every day except on Mondays, from 10am to 18pm in summer, and from 10am to 17pm in winter. Annual closure of three weeks in January.

Inaugurated in November 2014 for the centenary of 14/18 War, 600 000 names of soldiers of all nationalities and of all ranks killed in the region are engraved on the Ring. The ring designed by Philippe Prost was built on the hill of Notre Dame de Lorette, overlooking the surrounding area. The memorial is located right next to the cemetery of Notre Dame de Lorette. 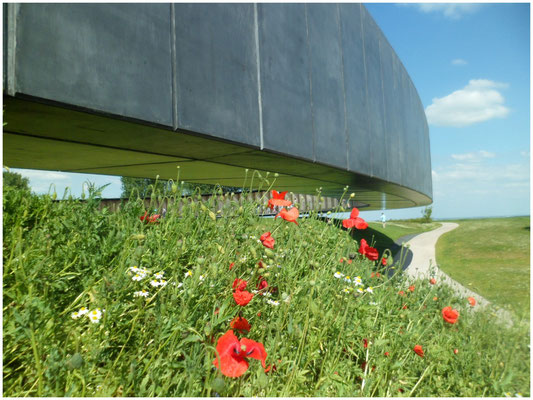 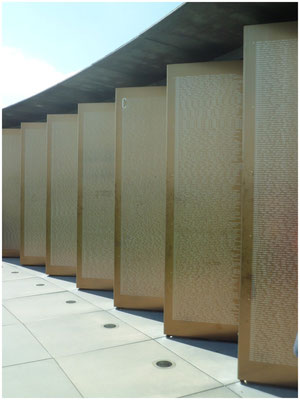 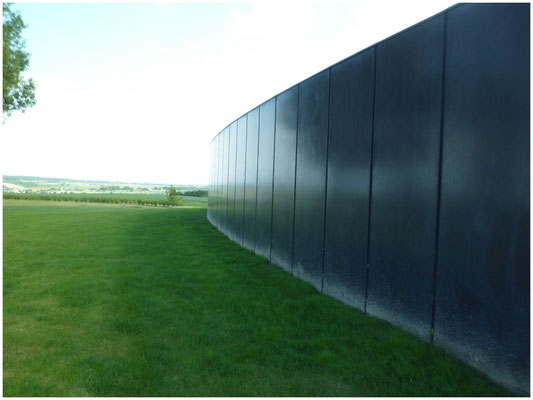 It commemorates the death of thousands of soldiers killed on one of the most important battlefields of the First World War between October 1914 and September 1915. Approximately 45,000 soldiers rest here; half of them were buried in individual graves. The 25 acre site includes a cemetery, the basilica, the lantern tower and the museum. It is the biggest French military necropolis. 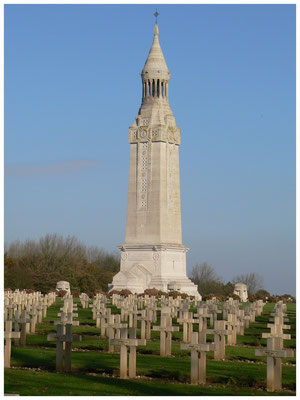 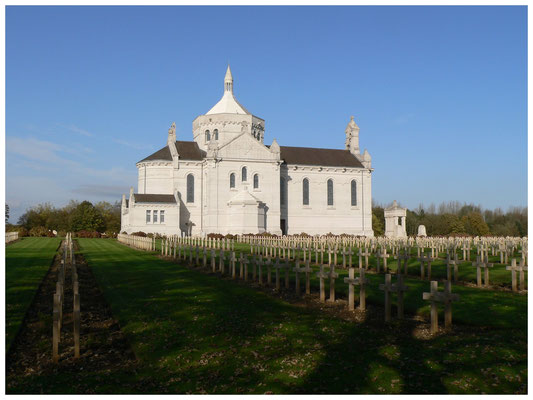 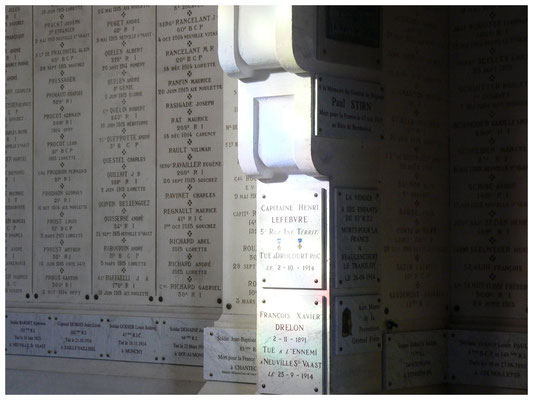 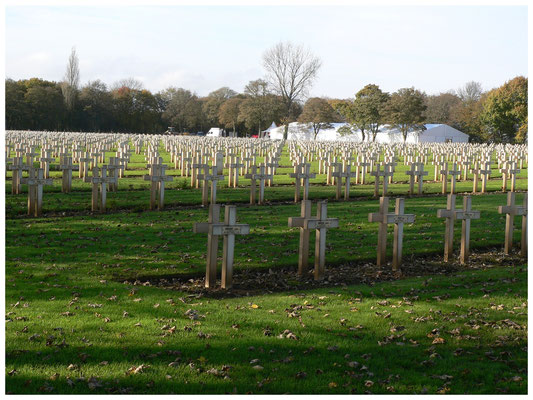 The Museum of the Great War is both a museum of history of the Great War, an international center of research and documentation center, located since 1992 in Peronne in a modern building next to a medieval castle.

In 2015, the Museum of the Great War offers a rich cultural program to commemorate the Centenary of World War with :

- The Exhibition "Hear the War" (until April 26, 2015), large national and international success with the public and the media.

- Then the exhibition "Face to Face" (June 18 to 11 November 2015) on the history of "broken faces", disfigured brave fighters.

The Historial hosts many cultural events : shows, meetings, conferences and screenings, courses and workshops for young people, but also exceptional tours await in 2015 all museum visitors.

Somme Battefields' Partner is a network of about 175 different members (museums, memorial sites, recreational sites, tourist offices, hosts, restaurateurs, independent guides, taxis, traders ...) located in the Somme and neighboring departments who are committed to becoming a benchmark in hospitality, authenticity and heritage knowledge.